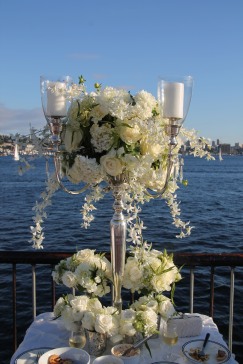 Earlier in the month, I wrote an article titled “The Girls Who Are Never Getting Married”. You may have read it; it continues to get an influx of negative comments to this day, as the only people that are offended are the ones that know it’s true. So many women were furious with the article, claiming that the man who wrote it was misogynistic and disgusting. My favorite comment was that he “has four girls buried under his crawl space.”

Well Elite Daily readers, I wrote that article, and I am a female. Surprised? Feeling stupid? I hope so. I wrote that article because I’m disgusted with the girls of my generation who use their sexuality to get ahead in life and disrespect themselves on a daily basis. I’m flattered that you think I’m a male chauvinist and a creep though. I may be a bitch, but I’m just being honest.
I could honestly not care less if your goal in life is to get married or not. If you choose not to, that’s your choice and I hope that it makes you happy. I wrote that article because those are the women I would hate to see my close guy friends or my brothers end up with. If any guy that I’m close to wants to pursue a long-term relationship, these are the women I hope they choose:
The 30-Year-Old With The Graduate School Degree

This girl took the initiative to further her education and wants to make something of herself career wise. She’s a hard worker and she chooses to be because of her own personal standards. She is independent and she is the perfect alpha woman. It’s one thing to go to a four-year university, graduate with a degree and get a successful job. Trust me, I commend anyone that does that and encourage all of you to do so.

The thing about a graduate of graduate school that intrigues me is that she knew that it would mean more work and less partying. Not many people are willing to pay ridiculous amounts of money to further their educations. I like a girl like this because you know that she’s smart, you know that she has drive and you know that she’ll keep you stimulated. She is the furthest thing away from that club whore you usually hang out with that is most likely blown out down there by now.

The Best Of Both Worlds

The perfect girl. She’s smart, she reads during her free time and she still watches sh*tty television. She loves to shop and to present herself well, but feels most comfortable with her feet up on the coffee table, drinking a few beers, watching the game with the guys. This girl can laugh at stupid, girly nonsense but can still take a joke when the guys she’s friends with try to bust her balls.

I want guys to end up with a girl like this because I feel like they’ll never be bored. They’ll get the sexiness and femininity that they crave along with a best friend, because relationships almost never work if you’re not friends with your significant other. My parents have been married for 25 years and still chase each other around the house and play tag and that’s because my mom is a down ass bitch who loves Led Zeppelin and stilettos. Oh sh*t, I called my mom a bitch, that’s offensive, right? Sorry, I’m not sorry.

The best of both worlds is truly what it means. It’s the girl that will pig out with you on burgers and hotdogs, but still be so hot about it. She may even know how to play Madden. This is the girl that will go and buy beer and steak for you and your friends during man night. There is nothing like being with a girl that is just down with everything.

The Girl Who’s Got Her Own

Just like the annoyingly catchy Ne-Yo song says, I want my guy friends to end up with a girl who’s completely independent. She wants you but she sure as hell doesn’t need you. She’s educated, she has a job, she pays her bills on time, buys all of her own sh*t, completely takes care of herself and is more than happy with her life. You want to go out with your guys? Cool, do that, she’ll call you tomorrow because she’ll be out doing her own thing.

A girl like this is an absolute keeper. She can be in a relationship, but she doesn’t need you to take care of her because she can take care of herself. What guy wouldn’t want this? It’s borderline terrifying when a girl absolutely needs you in her life to make her happy.

So Elite Daily, that’s who I would want my brothers or my good guy friends ending up with. I know what some of you are thinking, “girls like this don’t exist.” I hear it every day in these offices, but guess what, they do. They exist and I’d much rather that all of the men out there wait and find one, instead of wasting their time on a girl who doesn’t respect herself. Some may say these girls are unicorns, but I beg to differ, try looking in the right places and not the club you frequently visit.

By Elite:
Ally Batista is a preppy tomboy who loves all things football and fashion. She’s a housewife in training and is known as the highly opinionated, and sometimes rude, first woman of Elite Daily. Be prepared to always be caught off guard — http://elitedaily.com/dating/women-marrying/